This page looks at other eating disorders and provides information on how to identify and treat them.

What does other eating disorders mean?

It is important to note that the conditions listed below are not an indication of a less severe eating disorder; simply a different group of symptoms. Please still seek help if you are concerned about yourself or a loved one.

Need to have a chat?

If you are concerned about yourself or someone you love, our team at the EDV Hub are here to help.

Call or email the EDV Hub

According to the DSM-5 criteria, to be diagnosed as having OSFED, a person must present with symptoms similar to other eating disorders but not meet the full criteria of, for example, anorexia or bulimia. This does not mean that their illness should be taken any less seriously. People with OSFED still present with disturbed eating patterns and need to seek help from a health professionals, such as a GP or psychologist, as soon as possible.

A diagnosis might then be allocated that specifies a specific reason why the presentation does not meet the specifics of another disorder. These could be any of the following:

According to the DSM-5 criteria this category applies to where behaviours cause clinically significant distress or impairment of functioning, but do not meet the full criteria of any of the feeding or eating disorder criteria.

This category may be used by clinicians when they are unable to, or choose not to, specify why criteria are not met, including presentations where there may be insufficient information to make a more specific diagnosis (e.g. in emergency room settings).

According to the DSM-5 criteria, pica is the diagnosis given to someone who regularly and persistently eats non-food substances such as chalk, soap or paper for more than one month. It also extends to any edible items that hold no nutritional value, such as ice.

In order to be diagnosed with pica, GPs or psychologists will consider whether the eating behaviour is part of a culturally supported or socially normative practice, and if occurring in the presence of another mental disorder (e.g. autistic spectrum disorder), or during a medical condition (e.g. pregnancy), whether it is severe enough to warrant independent clinical attention.

The developmental level of the individual is also considered. For example, it is common for babies and toddlers to put non-food items into their mouths out of curiosity. Therefore, normally only children older than two will be diagnosed with pica. It is most common in children and some scientists have linked it to the nervous system, and have understood it as a learned behaviour or coping mechanism.

It can be difficult to identify people with pica, as they usually don’t avoid regular food and don’t typically have a desire for weight loss or to affect their shape. Often pica is only diagnosed when the items they have been eating cause other medical issues, such as cracked teeth, toxicity or infection. 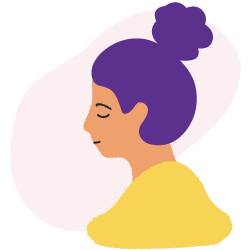 "Eating disorders are not well understood, and part of my recovery meant holding the hands of those around me ... This, in turn, lead to increased understanding from my family and friends and eventually, I understood myself.”

According to the DSM-5 criteria, a person with rumination disorder will repeatedly regurgitate their food effortlessly and painlessly for more than a month. The regurgitated food may be re-chewed, re-swallowed, or spat out and it is not caused by a medical condition such as a gastrointestinal condition.

Rumination disorder can lead to malnutrition, weight loss, damage to teeth and gums, and electrolyte disturbances if left untreated.

Rumination disorder is a serious condition that can lead to severe health implications if left untreated. Read more about the definition, classification and warning signs of rumination disorder.

Chewing and spitting (CHSP) is a form of disordered eating where someone chews food, but spits it out, rather than consuming it. Often the food is high in salt, sugar or fat, or regarded by the person as ‘bad’ or ‘junk’ food. Chewing the food for some time and then spitting it out is seen as a way of enjoying the taste without gaining weight or consuming calories. CHSP can exist as a symptom of a diagnosed eating disorder, or as a separate form of disordered eating. CHSP is not widely recognised or researched, and people who engage in this behaviour can be reluctant to seek help due to guilt or shame.

Effects of chewing and spitting

Damage to digestive system – The sight, smell, thought and taste of food triggers the cephalic phase of gastric secretion, which prepares the body for digesting food. Even though the food is not swallowed, CHSP triggers this response increasing stomach acids, digestive enzymes and insulin. When the food is not digested, the stomach acid can damage the stomach lining, causing ulcers. Insulin levels are also affected, which may potentially lead to weight gain and an altered metabolism.

Damage to teeth and mouth – Like bulimia, CHSP can also lead to dental problems, such as tooth decay and cavities. Excessive chewing can also cause swollen salivary glands.

Malnourishment – CHSP can lead to malnutrition if insufficient calories or nutrients are consumed. Many people who engage in chewing and spitting actually gain weight. This can be as a result of increased likelihood of binging on the “forbidden” foods, or unintentionally consuming extra calories. It may also be caused by the increase in insulin released into the body.

Social isolation – CHSP can be an addictive and uncontrollable behaviour that is very difficult to stop. It can lead to social isolation and feelings of guilt and shame.

Financial – CHSP can lead to financial difficulties due to the large quantities of food that are purchased but not consumed.

More information on chewing and spitting

Given the broad nature of OSFED and UFED, and less common diagnoses of pica, rumination disorder and CHSP, the treatment plan will depend on the type of symptoms you or the person you are concerned about are presenting.

As with other eating disorders, teatment can include working with a range of health professionals, such as a psychologist and dietitian. You can learn more about evidence-based treatment approaches here.

How EDV can guide and support your recovery

Do I have an eating disorder?
My recovery journey
Stories of Recovery

Get recovery support delivered directly to your inbox.

Join our thriving newsletter community by subscribing to our Recovery or Carer newsletters today.