What is an eating disorder?

An eating disorder is a serious mental illness, characterised by eating, exercise and body weight or shape becoming an unhealthy preoccupation of someone’s life.

Eating disorders are not a lifestyle choice, a diet gone wrong or a cry for attention. Eating disorders can take many different forms and interfere with a person’s day to day life. The Diagnostic and Statistical Manual of Mental Disorders (DSM) recognises four eating disorders:

It’s estimated that one million Australians have an eating disorder, and this number is increasing.

Many people with an eating disorder do not realise they have a problem, or if they do, they may go to extraordinary lengths to hide the signs of their behaviour.

Below are lists of behavioural, physical and psychological signs or changes that often accompany an eating disorder. If you, or somebody you know, is experiencing several of the following symptoms, it is important to seek help immediately to determine if you or they have a problem.

It is also important to realise that these warning signs may not be as easy to detect as they sound. The person with the eating disorder often experiences shame or guilt about their behaviour, and will try to hide it. Many people with eating disorders do not realise they have a problem, or even if they do, they might not want to give up their behaviour at first, because it is their mechanism for coping with an issue. Thus, they will go to extraordinary lengths to hide the signs of their behaviour from people who care about them.

How EDV can help

The EDV Hub is a free, confidential service that provides information, service system navigation, support and care to thousands of Victorians every year. Contact options include call, web chat, email and drop in.

Within the medical profession, eating disorders are usually clinically defined and diagnosed according to the criteria laid out in the Diagnostic and Statistical Manual of Mental Health Disorders (DSM-5).

The Diagnostic and Statistical Manual of Mental Disorders (DSM) is a publication of the American Psychiatric Association. The DSM which contains sets of diagnostic criteria (symptoms being experienced) grouped into categories (disorders) to assist clinicians with the effective diagnoses and care of people with mental health disorders. There are several diagnostic criteria manuals used worldwide, but the DSM is the one used most commonly in Australia.

During an assessment, a GP or psychiatrists will usually use the criteria from the DSM to match against an individual’s symptoms. This matching process will help them to decide whether the individual meets the diagnosis for a mental health disorder.

This diagnostic information can then be passed on to clinicians, who will be treating the individual, such as a psychologist or dietitian. In some ways, the DSM criteria are a form of shorthand for health professionals to briefly summarise what problems a person is experiencing. This information is then used to assist the treating clinician in selecting the treatments with the best evidence for good outcomes that are associated with the disorder symptoms.

Learn more about the DSM-5

We connect those whose lives are affected by eating disorders with the people, services and hope they need for recovery.

Eating disorders do not have a single, identifiable cause. There are psychological, physiological and social risk factors that may increase the likelihood of an eating disorder developing, as well as behaviours and traits that can be changed.

Scientists are currently researching possible biochemical and biological factors and their role in the development of eating disorders. Research has indicated that in some people with eating disorders, there is an imbalance of certain chemicals in the brain.

Genetic or familial factors, for example a person who is exposed to a parent or sibling with an eating disorder, is at a higher risk of developing an eating disorder themselves. While no conclusive outcome has been reached, research has provided evidence that in some cases this is due to genetic predisposition, rather than learned behaviour.

Weight-loss and fad diets involve restricting food intake to levels that often leave a person constantly hungry and in some cases, lacking the necessary nutrients they need to maintain physical health and energy levels. The restrictive nature of dieting does not work, as fad diets do not provide a sustainable meal plan for the long term. In fact, 95% of people who diet regain the weight and more within two years.

Read more about the dangers of dieting.

Perfectionism goes beyond setting personal goals and doing your best. People with perfectionist traits set extremely high standards that are unrealistic, and feel distressed when they fail to meet these impossible standards. They mistakenly believe that if they can meet these high standards, they will have a sense of control and be ‘worthwhile’ and ‘successful’. They may strive for perfection in their academic or work performance, morality, relationships, cleanliness and order, or dieting, exercise, body weight or shape. Perfectionism is a common personality trait in people with an eating disorder, who may feel the need to maintain complete control over their weight.

Body image refers to how a person perceives, thinks and feels about their body and appearance. These thoughts and feelings can be positive, negative, or a combination of both. A person’s body image can change over time, and can be strongly influenced by what a person reads, sees and hears. People’s psychological perceptions of their bodies are not always accurate, and this can affect what they see. For example, some people may believe their body is larger or fatter than it actually is, or become fixated on a particular body part and start to see it as being very unattractive. When people feel dissatisfied about their body, this can affect their behaviour; for example, someone who thinks they are overweight may choose not to exercise in public. 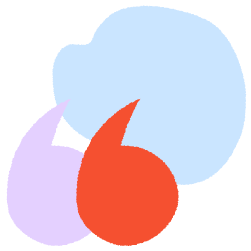 I think that controlling my food and exercise subconsciously acted as a coping mechanism for me to deal with my constant anxiety. I strived for perfection at any cost and just wanted to prove that I was worthy.

News
Talking to my doctor
Stories of Recovery