When you have a child with an Eating Disorder, you are told how important it is to hold hope for your child whilst they are unable to see any hope for themselves. To reassure, to believe they will get better, to assure them that life beyond their Eating Disorder will be worth living.

And you know this is really important.

But as a parent new to this merry-go-round ride that you wished you weren’t on, there are times (especially early on) where you actually do have doubts yourself.  Especially after trawling through on-line forums where you read about families that have been in it for a while with sometimes really sad outcomes – it can whittle away your shaky sense of hope.

That is until you find the amazing power of direct peer to peer support from those that have been there.

For me this came in the form of two incredible mums who were one year further on than me in the journey of supporting their child to recovery. And who I found by chance. They had been through the trenches and, to my amazement, were still pretty sane and their families intact.

These two mum generously gave their time and often sent hope down the phone line when despair overwhelmed me. They said that I could call or message them at any time, day or night – and they were absolutely true to that.

If I called in despair that we had experienced a weight loss I would be told “it is ok, you know what you have to do, this is good feedback”, or I would send a message with a strange new behavior our daughter had exhibited only to hear a soft laugh and the calm reassurance “oh, yep, that is normal, we experienced that too….. weird I know…… but normal.”

To know you were experiencing “weird, but normal” made everything ok.  It reinforced hope for recovery by allowing me to let go of the anxiety around the belief that I was hopeless in knowing what to do for my daughter. These Mum’s told me not only was I doing okay, but I was doing amazing life saving stuff for my child. This is a powerful message to give to someone who feels powerless. They would also frankly tell me when I needed to just pull on my big girl pants and keep going! They never once doubted that I would get my daughter to the other side, and consequently my self-doubt turned to hope and then belief that we would also one day be on the other side, like they were.

We would also meet for dinner once a month to share our good and not so good stories but also celebrate the little moments of hope that you could never tell a friend or family member such as “she ate ice-cream or pizza”, or “she spontaneously chose a snack after school ”. We celebrated little things that would be completely mundane for other families.

Sometimes I think the saying ‘hold hope’ sort of implies that there might actually be none (but, hey, hold out for it anyway). So to find direct peer to peer support from those that have walked the path before you and survived and who can turn your tepid feeling of hope to a red hot belief in full recovery speaks to the power of such support.

My hope is that everyone finds this support in their journey. 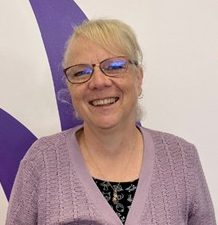 Vicki has supported both her daughter and her sister through to recovery from an eating disorder.  Over the past 10 years she has continued to be involved in ED advocacy through education and awareness as well as providing general support to families who find themselves in the eating disorder world.   She has a particular passion for the power of families being involved in the recovery process and enjoys continually updating her knowledge through professional development in the area of family led re-feeding and the nuances involved in adapting for different temperament traits.

Join our thriving newsletter community by subscribing to our Recovery or Carer newsletters today.